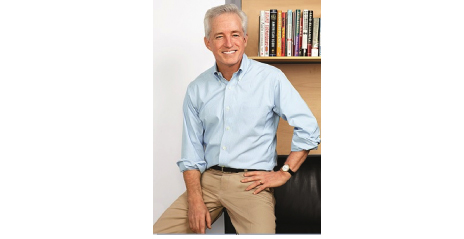 At Inc. magazine’s annual town hall meeting earlier this month, there was much for employees to cheer. Website traffic measured by comScore is up 110% from two years ago; the print audience tabulated by IPSOS has increased 9.1% since 2015; and much of the digital traffic growth has come from Europe, without regionally targeted advertising or content tailored for that readership. All told, 2016 will be the publication’s most profitable year since it was purchased in 2005 by Morningstar billionaire-entrepreneur Joe Mansueto.

“This is the first year in Inc.’s history in which revenues from digital surpassed revenues from print,” Inc. Media president and editor in chief Eric Schurenberg tells FishbowlNY. “That’s a real milestone for a brand that got its start as a magazine 38 years ago. Most of the revenues in digital came from display advertising, where CPMs remained strong.”

“I think that’s a tribute to the power of the brand and its connection with the entrepreneurs who read Inc. and inc.com,” he continues. “It’s also a tribute to our ability to spread our sponsors’ messages in all kinds of media—not just digital, but also print, video, live events and podcasts.”

“We also saw strong growth in branded content, where we really amped up our commitment this year and which we’ll be throwing even more resources behind in 2017.”

Events were an important part of this year’s revenue flow. For the second year, in partnership with CNBC, Inc. put on its iCONIC Tour. Meanwhile, the keynote speaker at this year’s Inc. 500 gala was Tony Robbins, who has contributed to the fund that Beringer Capital tapped to recently acquire Adweek.

Most of the 9.1% increase in print readership came from subscriptions. The best-selling issue overall was the September Inc. 500-themed edition, although Schurenberg stresses that it did not enjoy any sort of huge, relative spike. He says print growth was spread fairly evenly across the year.

That’s also true of the aforementioned European web traffic. Schurenberg (pictured) says the interest in Inc. content overseas extends well beyond anything to do with Brexit. And starting next month, the magazine will be open its first international office. In addition to New York, Inc. has U.S. offices in Chicago, San Francisco and Los Angeles.

“We’ll hit the ground running in January,” he says. “Our goal is to put together integrated packages that include print and live events, in addition to digital media.”

Asked to highlight one of his prouder moments in 2016 as EIC, Schurenberg points to the addition of columnist Thomas Goetz, a former Wired-editor-turned-entrepreneur. “With his business writing credentials he could write anywhere,” says Schurenberg. “But he said he chose Inc. because it struck him—both as a writer and as a startup owner—as the most authentic voice of entrepreneurship in the field. That felt good.”

Direct Action Media has been essential in helping us grow our Print efforts.

Direct Action Media has been essential in helping us grow our Print efforts. They continue to bring us the best rates across all national and local print media. We have been able to see amazing ROI’s! Our media buyer Joia is always on call and super quick to get us rates and answer questions. I feel like Direct Action Media is part of the UNTUCKit team and always has our best interest in mind.

-Chris Riccobono, Owner/Founder Untuckit
Last year with our Forbes advertising campaign, we closed two sales and had a 347% ROI.

I’ve had the pleasure of working with Terry Di Caro and Direct Action Media for the last two years on print advertising campaigns for Forbes, Fortune and Inc. magazines.   Terry is a great partner and keeps me informed of advertising opportunities and is able to get me reasonable rates for our ad dollars.  She is a pleasure to work with and I appreciate her resourcefulness, timely ideas and overall customer service with our print campaigns.  Last year with our Forbes advertising campaign, we closed two sales and had a 347% ROI.

-Karen Young, Franchise Recruitment Manager, Sport Clips Haircuts
Working with Direct Action Media helps me get the most value out of my ad budget.

Working with Direct Action Media helps me get the most value out of my ad budget.  My representative has the negotiating power that makes national advertising as cost-effective as it can be.

The Essence Ad was more than outstanding. I had to add extra workers and we were working long hours to complete the onslaught of orders we received. I thank you a thousand times. It was only a few weeks ago that things seemed to slow down and now they are appearing to be picking up again. I look forward in the future to place additional ads, and certainly the one like the Essence Holiday Ad. I’m working to increase my advertising budget and hopefully this holiday season we can purchase an even larger Ad.

“The level of service that I receive from Paul and the Direct Action Media team continues to exceed my expectations. Paul is a true professional because he not only understands his business, but he also takes the time to understand ours. By investing that time up front, he is able to provide me with recommendations and service offerings that are in line with our business goals. It has been a refreshing experience partnering with Direct Action Media for our paid ad campaigns.”

- Adam Singh, ShipStation Online Marketing Manager
So professional and represent the magazine in such an incredible way

“As I close up the last issue of 2017 I would like to thank you both and your team as you have been unbelievable partners this year.   All of you are always so professional and represent the magazine in such an incredible way.  Thank you for our partnership as we move into 2018.”